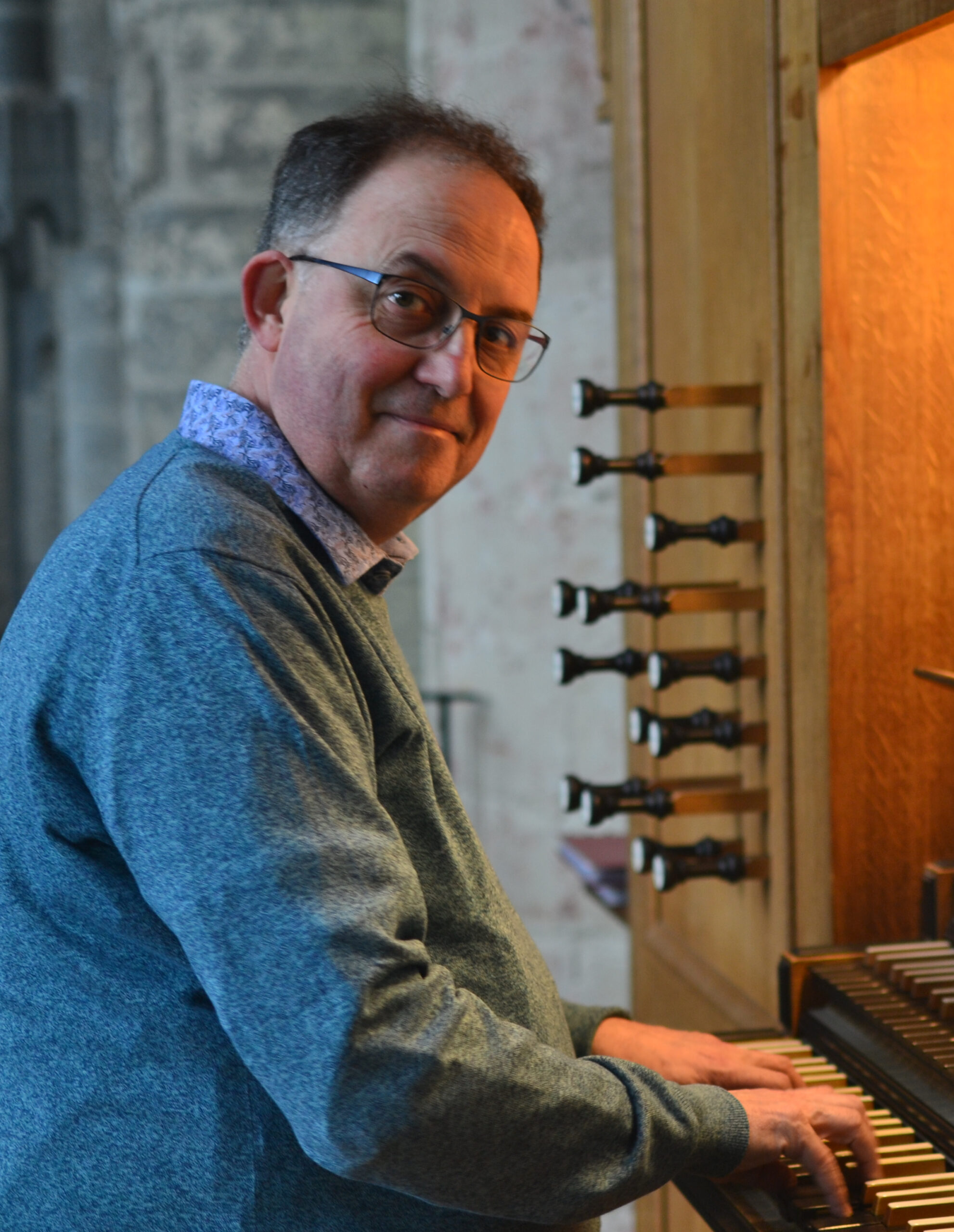 Paul De Maeyer is a well known international concert organist from Belgium. He is regularly asked in festivals for his beautiful improvisations and original programs. As a professor at the Ghent Academy of Music in creative keyboard arts and organ performance, he is inspired by the fabulous historic legacy of organs in the Low Countries.  He is constantly in search of new colours and original combinations of instruments as well as other art forms.
Paul was born in Halle (Flanders) in 1964.  He has his own workshops as a composer and a teacher in the Saint-Nicolas church,  with the famous Cavaillé-Coll organ from 1856, in the heart of the historic city of Ghent.  After his studies at the Conservatory of Leuven, where he achieved the diplomas for Organ, History of Music and Pedagogy of Music,  he also obtained the soloist-certification, “Master of Music”, at Utrecht Conservatory with Reitze Smits.

His organ-repertoire consists of a large selection of original, highly esteemed, organ music from the middle-ages to the present, from the Robertsbridge codex to Bach, Franck, Liszt, and the newest creations. The choice of the program is always based on a detailed study of the style and the possibilities of the organ.
Each of his numerous concerts of organ improvisations explores a new vein of inspiration evoking the European organ literature, folklore, the liturgy essence, programmed images on a screen, natural elements as well as themes invented by the musician himself and rising through his instrument and for his instrument.

Many contacts with organ builders and voicing artists influenced him in his choice and style of organ registration.