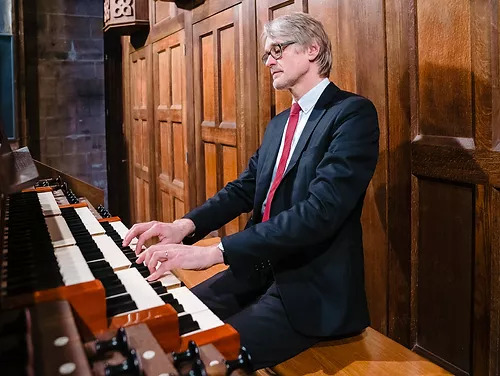 Peter Ledaine went to the Lemmens Institute in Leuven after his studies at the Municipal Conservatory in Bruges, where he obtained the “Higher” Diploma Organ under Chris Dubois, as well as diplomas in organ, music pedagogy and choir conducting. He then completed his studies with Hans Van Nieuwkoop at the Sweelinck Conservatory in Amsterdam.

He performs regularly in Belgium and abroad and has made several CD recordings. Since 1993, Peter Ledaine has been conductor of the Orlandus Ensemble.