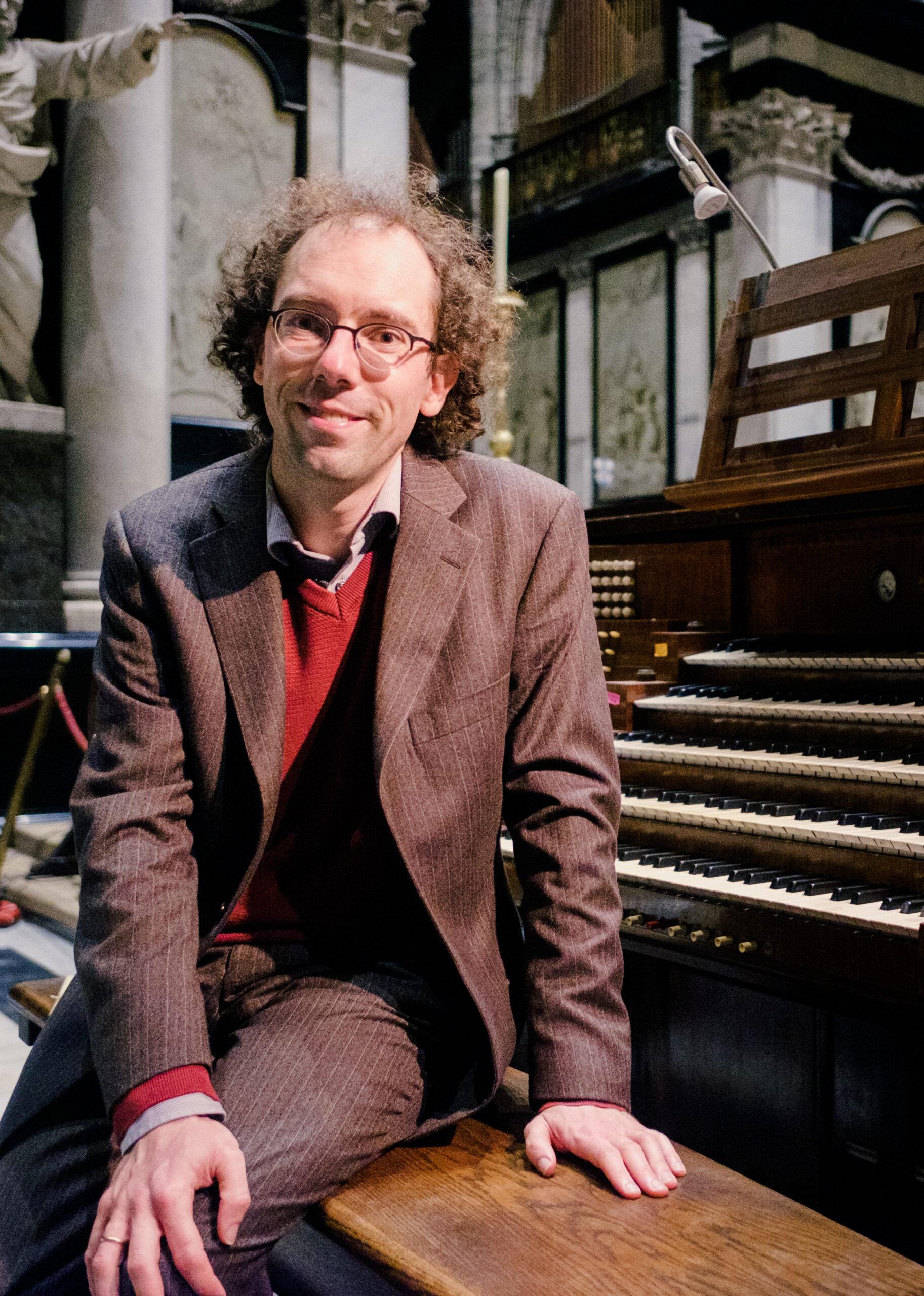 At an early age Nicolas took piano lessons from Marie Kuijken and organ lessons from Jenny Stoop, Jo Van Eetvelde and Lieve Van de Rosteyne. He then studied at the Lemmens Conservatory in Leuven and was taught by Reitze Smits and Luc Ponet. There he obtained the degree “Master of Music” for organ with the highest distinction (2007) and the master’s degree in harpsichord with distinction (2010). He completed his organ specialization with a recital concert in the Brussels cathedral on the theme of light and resurrection in contemporary organ music. He received the greatest distinction and congratulations from the jury (2010). Nicolas graduated with distinction from the “Master of Arts” in musicology at KU Leuven (2012).

As a continuo player, Nicolas regularly collaborates with various ensembles. He has played with Il Fondamento, BachPlus and La Petite Bande and regularly forms a musical duo with oboist Ilse Barbaix.

He was a laureate of the Axion Classics competition of Dexia Bank (2002), of the international organ competition in Leiden in the category “Organ music XXth century” (2006) and of the international César Franck competition in Haarlem (2007). He contributed to a number of CD recordings, including the publication by Orgelkunst of the complete organ oeuvre of Gabriel Verschraegen. In 2014 he released his first solo CD “Across borders”, performed on the historic Le Royer organ of the Sint-Pieterskerk in Turnhout.

Nicolas teaches organ and music history at the music academy in Hamme. For more than ten years he was organist in the monumental Sint-Pauluskerk in Antwerp. After a selection procedure, Nicolas was appointed organist of the St. Bavo’s Cathedral in Ghent at the end of 2019. That is how a dream came true.

In addition to being a passionate musician, Nicolas is also an enthusiastic speaker. He regularly gives lectures on various musical themes.