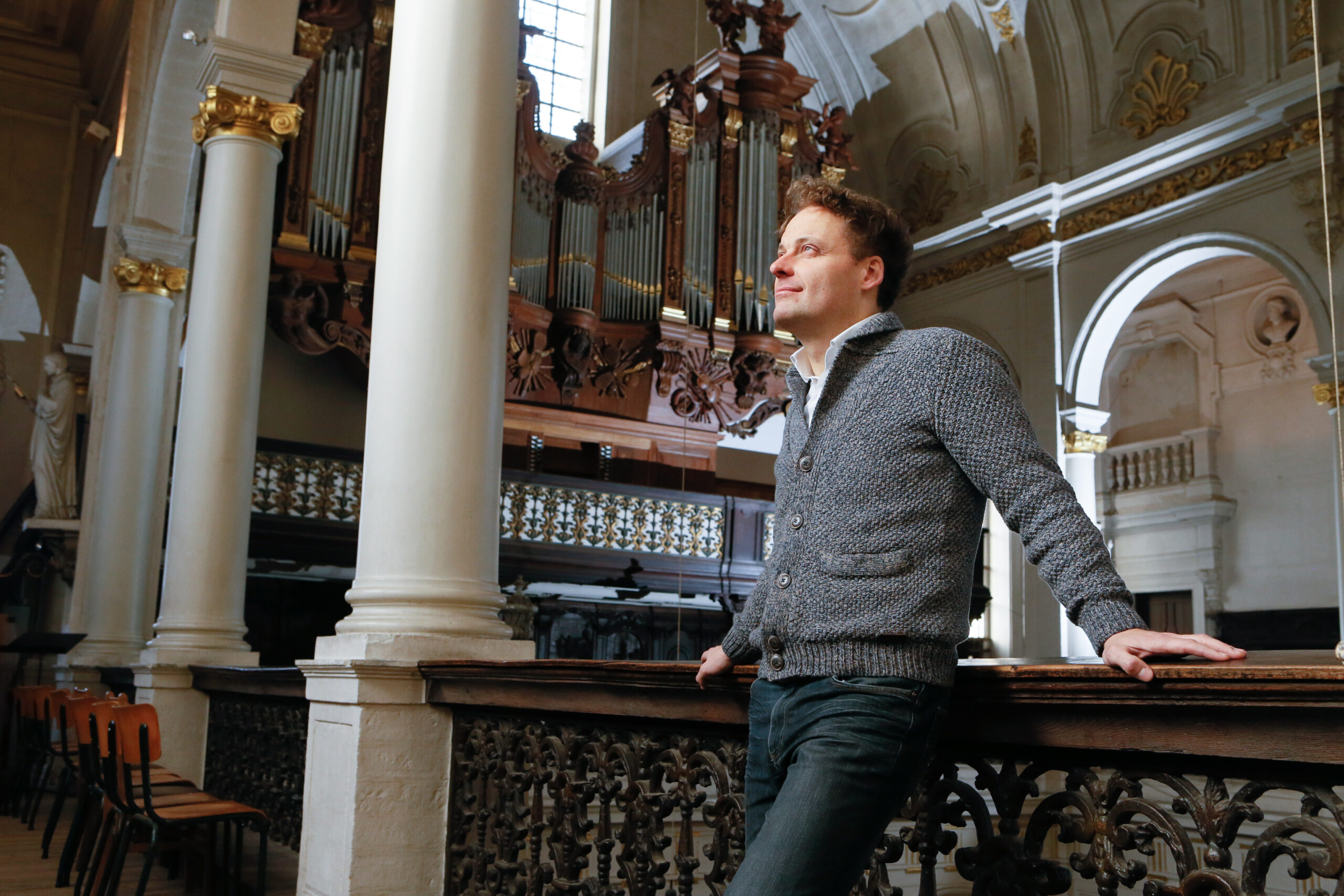 Emmanuel Van Kerckhoven began playing the organ at the age of five. He graduated with the greatest distinction from Codarts University of the Arts in Rotterdam, where he studied organ and church music with Aart Bergwerff and Bernard Winsemius (organ), Folkert Grondsma (improvisation) and Arie Hoek (choir conducting, liturgy and hymnology).

Emmanuel Van Kerckhoven is the titular organist of the Sint-Norbertuskerk and the Sint-Carolus Borromeuskerk in Antwerp. In 2011, he started the Antwerp Bach Cantata services. For this initiative, he founded the Antwerp Baroque Orchestra, of which he is the artistic director.

In 2014, for the rededication of the Moses and Aaron Church in Amsterdam, he played the inaugural recital on the Church’s famous Adema/Philbert organ. As a concert organist, he performs in Belgium and abroad. He is a welcome guest in the organ recital series of the Grote Kerk in Breda.

In addition, he is also active as a continuo player and accompanist, performing in productions like the musical theater performance R.U.T.H. that combines film, dance, electronics, and (organ) music.

He also is an advisor to several restoration projects of historic organs.

Following a conversation with professor Dr. M. Gielis of the University of Tilburg, Dr. Gielis published an article about Emmanuel Van Kerckhoven’s vision, titled “Church music should be a celebration.” A recent publication also featured Van Kerckhoven , titled “In Bach, intellect and feeling are in balance.”