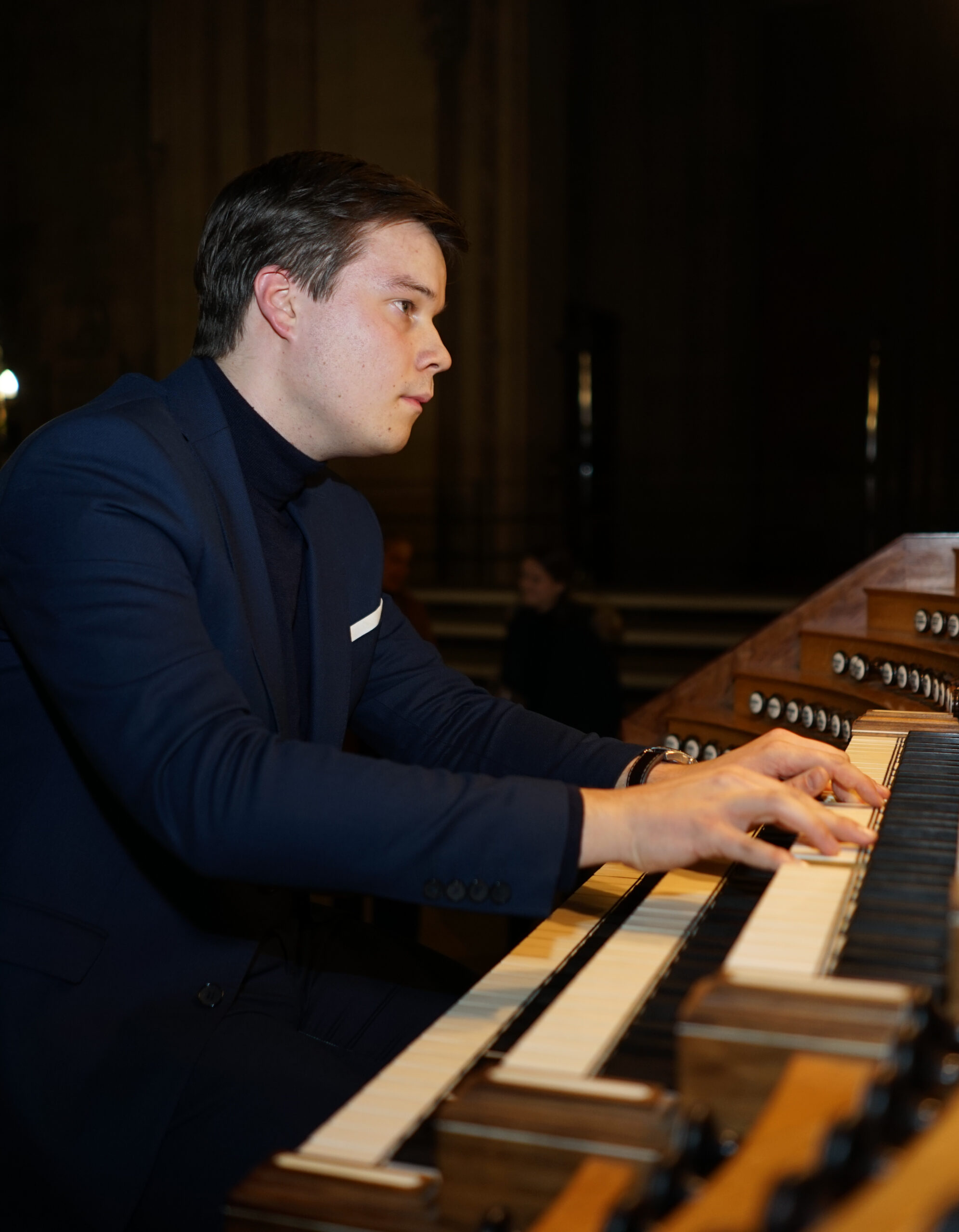 Nicolas Vermeulen is a law student and young organist.

In 2015 he started his law studies at the University of Ghent, where he obtained his Bachelor of Laws with distinction in 2018. That same year, he also received from the rector the distinction of honorary student of Ghent University (Quetelet Honours programme). Immediately afterwards, he started his Master of Laws. The first semester thereof he studied at the prestigious Paris 1 Panthéon-Sorbonne university in Paris (great distinction and congratulations from the dean of the Faculty of Law). The other three semesters he studied back at Ghent University where he graduated with great distinction in July 2020. Since September 2020, he follows a LL.M. (postgraduate) in Corporate and Commercial Law at the London School of Economics and Political Science.

From 2008, Nicolas Vermeulen followed several courses at the academy of Deinze: Piano and Musical ensemble but also Theatre, Recitation and Repertoire studies. In 2012 Organ and Organ Practice courses were added. In 2015 he graduated for the study programmes Piano, Musical ensemble (both great distinction), Theatre, Recitation and Repertoire studies. The Organ and Organ Practice courses, which he started later than the others, are still ongoing. This with Pieter Lambert (organist of the St. Cornelius church in Aalter).

During his studies in Paris he also took organ lessons with Matthieu Odinet (organist of the Notre Dame des Blancs Manteaux church in Paris). This gave him the opportunity to immerse himself in French Baroque and Romanticism. For the latter style, an organ such as the Cavaillé-Coll organ of the St. Nicholas Church was and still is a component not to be missed. During his studies in London he takes organ lessons with James Orford (organist of Westminster Cathedral) which in turn allows him to explore English Baroque and Romanticism.

In September 2019 he became co-organist of the Church of Our Lady in Deinze.

He himself describes the organ as “one of the best choices of my life”, or “a passion that got out of hand”. It is therefore not surprising that he wanted to fully support the project of the Bach Concerts Ghent and gladly took on the role of president. Together with the rest of the team, he hopes to develop this concert series into a true concept and to create support both nationally and internationally to literally breathe new life into the Ghent Cavaillé-Coll organ.